New Plymouth, New Zealand – May 14, 2015 – Oil and gas operator TAG Oil Ltd., listed on the Toronto Stock Exchange (trading symbol TAO), and in the US on the OTCQX Market (trading symbol TAOIF), reports that pipeline construction connecting the Cheal-E development area to TAG’s main Cheal-A production infrastructure is nearly complete. The TAG-led, NZ$4.5 million (US$3.3 million) project was completed on budget and ahead of schedule.

“The new pipeline is an important addi 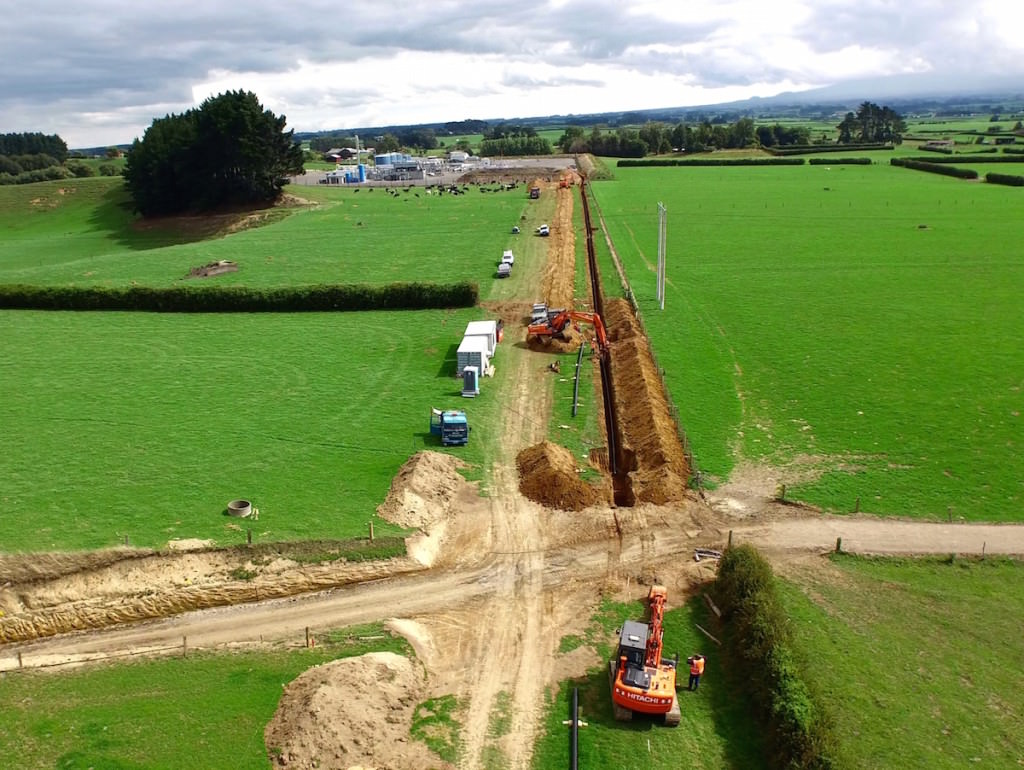 tion to TAG’s overall infrastructure in the Taranaki region,” said Max Murray, TAG Oil’s New Zealand Country Manager. “It allows us to significantly reduce operating costs even while generating additional revenues, and it gives us the ability to quickly monetize future oil and gas wells drilled in the Cheal-E development area.”

The 4” pipeline connecting the new Cheal-E site to TAG’s Cheal-A site production facility is undergoing pre-commissioning and rigorous testing now. It will shortly, over the next week, move into the commissioning phase, at which point a three-phase well stream of fluids (oil, gas and water) will be processed through the Cheal-A site production facility.

In addition to the pipeline installation, an 11 kV HV electrical cable and a fibre optic cable have been installed to improve the power supply and communications between the Cheal-E and the Cheal-A production sites.

“Along with the benefits of increased production revenue from the sale of gas, we are very pleased to eliminate the need to flare the solution gas at Cheal-E onsite,” Max Murray further commented. “The additional associated gas will be sold under an existing Gas Sales Agreement.”

TAG Oil Ltd. (https://tagoil.com/) is a Canadian based, development stage, oil and gas company with extensive operations—including production infrastructure—in the Taranaki region of New Zealand. As one of New Zealand’s leading operators, TAG is poised for long-term, reserve-based growth, and is positioned with attractive exploration activities in the lightly explored Taranaki Basin discovery fairway. As a low cost, high netback oil and gas producer, TAG is debt-free and reinvests its cash flow into development and step-out drilling along trend with the Company’s existing production.