U.S. leads the way in oil and gas demand

There’s a theory that low oil prices work on both the supply- and demand-sides of the market, and it’s interesting to watch the shift in supply and demand unfold in real time. Low oil prices affect the supply side by reducing future production due to reduced funds for investment, and on the demand side by lower product prices stimulating demand. 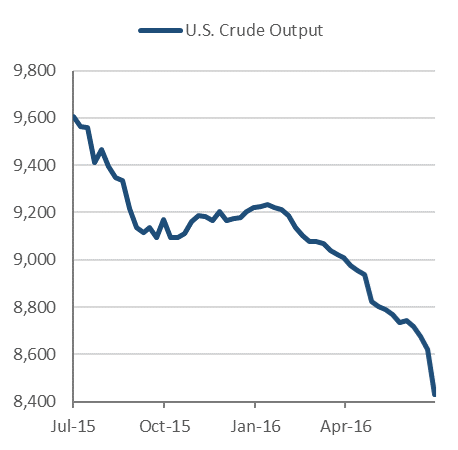 On the supply end of the market, crude output from the U.S. fell by 194,000 b/d according to data released from the EIA on July 7th, which is the biggest weekly decline since October 2013. Saudi Arabia’s strategy of eliminating high-cost production and recapturing market share looks to be working and U.S. production is now at a two year low and by all accounts is expected to head lower. The main question being asked now, is when will U.S. production find a floor?

On the demand side, U.S. gasoline demand reached a record high at the beginning of July, with the preceding four week average reaching 9.76 million b/d. Part of the increased demand can be explained by the seasonal increase of the summer driving season, but U.S. gasoline prices hovering about 50 percent below their season five-year average are clearly a significant contributing factor. 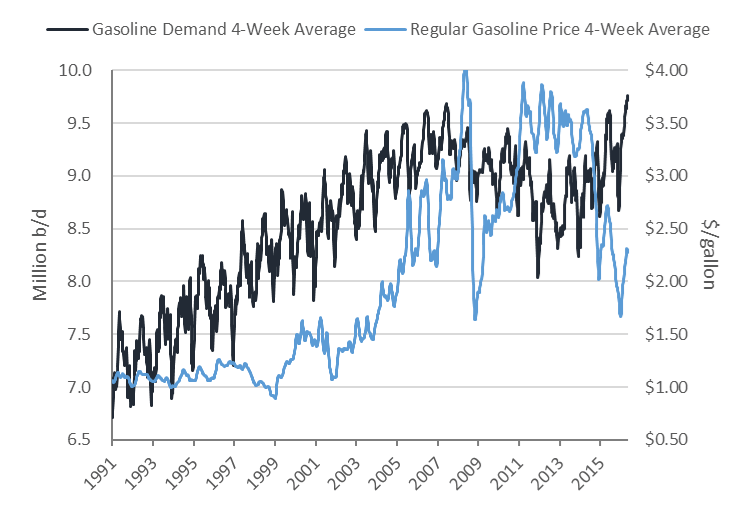 Further, the downward trend in oil prices seen from 2007 to 2013 when oil prices were at their peak now looks to have been reversed, with higher highs and lower lows occurring since then.

Fundamentally, growth in U.S. demand — the world’s largest crude consumer — coupled with shrinking domestic supply, will only help to support oil prices going forward, while at the same time providing an indicator for the broader oil markets. While we at TAG Oil leave the forecasting of the oil price to the pundits, all signs point to increasing strength over the medium and long term.