This rock could power the world: Time Magazine and TAG Oil 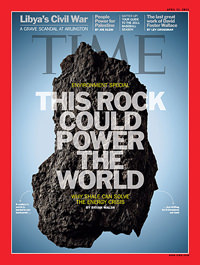 Okay so Time Magazine’s article isn’t about TAG Oil, but it could be. Because they’re talking about the
vast amounts of oil and gas that’s being found in tight oil plays.

They’re finding major amounts of oil and so much natural gas in the United States, that it could potentially eliminate America’s reliance to foreign oil. 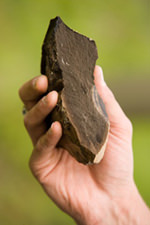 The East Coast Basin’s Waipawa and Whangai formations are rich in total organic carbon content and have oil and gas maturity levels that compare to North America’s highly successful Bakken.

The East Coast Basin tight oil formations have measured primary porosities that are in the 22-30% range, favorably above what’s typically found in the Bakken.