On a recent trip to Taranaki New Zealand, TAG Oil CEO Garth Johnson and Controller Dan Brown snapped some photos for the blog. They were down under for meetings with the technical team and local community leaders, and of course, to experience the new developments at TAG’s Cheal and Sidewinder oil and gas discovery areas first-hand. 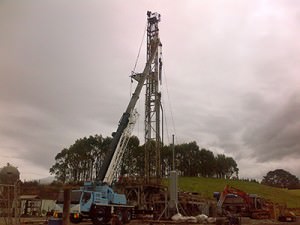 The Ensign Rig getting set up to drill Cheal -B7, TAG’s follow-up to the highly successful B5 well. Cheal-B5 had the most extensive pay interval ever recorded by a Cheal well, and the highest flow rate recorded from from a Mt. Messenger well. 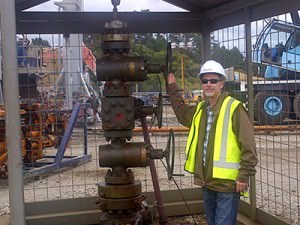 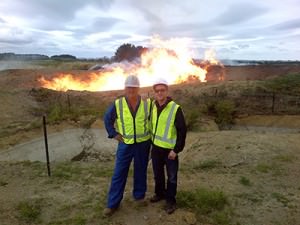 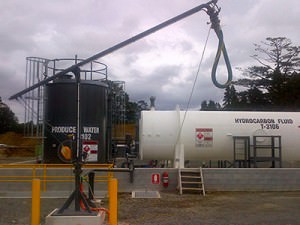 A shot of the loading arm at the Sidewinder Facility: used to fill the oil tank in the background with oil produced from TAG’s successful Sidewinder exploration wells drilled in late 2011.