TAG gets a substantial oil and gas reserve increase from Sproule 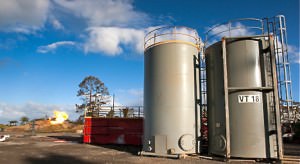 After considering 2011 production, the 1,677,000 BOE in proved and probable reserves represents a 221% increase over their March 2010 reserve assessment.

Due to fiscal year-end 2011 cut-offs and the timing of April and May Sidewinder ops, the reserves relate primarily to the Cheal oil and gas field. Sidewinder’s reserve assessment was completed with information related only to the Sidewinder-1 well, and doesn’t (yet) include the now-completed Sidewinder-2, Sidewinder-3 and Sidewinder-4 wells. We think this just means more good news for the future.