Saudi Arabia’s Aramco may be the most valuable company in the world, but this massive energy giant started out with just one well. You read that right—one well.

Aramco didn’t strike oil on their first well either, they went through a five-year voyage prior to 1938 when they first discovered oil from Dammam No. 7 well or “Lucky no. 7” as it has been called. Back then, Aramco wasn’t fully owned by the Saudi’s as it is today, it also included four US oil giants: Chevron, Texaco (now part of Chevron), Standard Oil of New Jersey, and Socony-Vacuum Oil (both now part of ExxonMobil).

Fast forward to 1948 when the world’s biggest oil field was discovered at Ghawar and the Saudi government paid $1.5 billion for the 40% of Aramco assets it didn’t own, to become a solely Saudi-owned company. 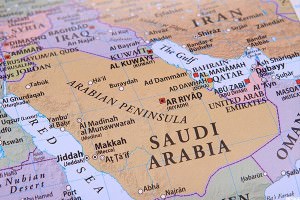 The Saudi economy has come to rely on being the largest oil producer in the world. But now Saudi Arabia’s Deputy Crown Prince has announced they are going to expand to other industries. To do this, the state-owned oil company is set for a massive IPO in 2017, releasing 5% of the company’s shares to raise roughly $100 billion dollars. This is set to be one of the largest IPO’s in history and with good reason. Aramco sits unquestionably head and shoulders above the competition, producing 10.3 million barrels per day, double that of its closest competitor, Russia. The IPO will also require the release of reserve data that has been kept private previously.

Surely the investment community will be sitting on the edge of its collective seat as more information about the IPO unfolds. Several key questions remain unanswered, the big one being, what will the oil giant be valued at? And which oil prices and reserve data will be the influencing factor in the valuation?