It’s well known that Kuwait and United Arab Emerates (UAE) are two of the most petroleum-rich countries in the world, not to mention in the Middle East. But did you know that since March 2016, the U.S. has been exporting natural gas to a few middle-eastern countries? And that they are, in fact,  growing gradually dependent on US exports?

At the current rate of production, Kuwait and UAE actually hold more than 100 years of gas reserves. So why are they in need of imports from the US?

The problem is this: there are no companies investing in natural gas production because there is no money in it. Middle East natural gas prices are at very low levels—less than $2 per million BTUs—due to government subsidies. Because the price is so low, demand for gas and also electricity (which is subsidized as well) are wild.

Kuwait and UAE hold more than 4% of global gas reserves, and the region holds a whopping 40% of global gas reserves. But on top of low prices and political enmity with their gas-rich neighbors Iraq and Iran, the gas is either tight, ultra-deep, or sour, laced with deadly hydrogen sulfide.  All three make for complicated (and more costly) extraction.

See the chart below of the quiet shipments UAE, Kuwait and Jordan received of shale gas liquefied from Cheniere Energy’s Sabine Pass terminal in Louisiana. 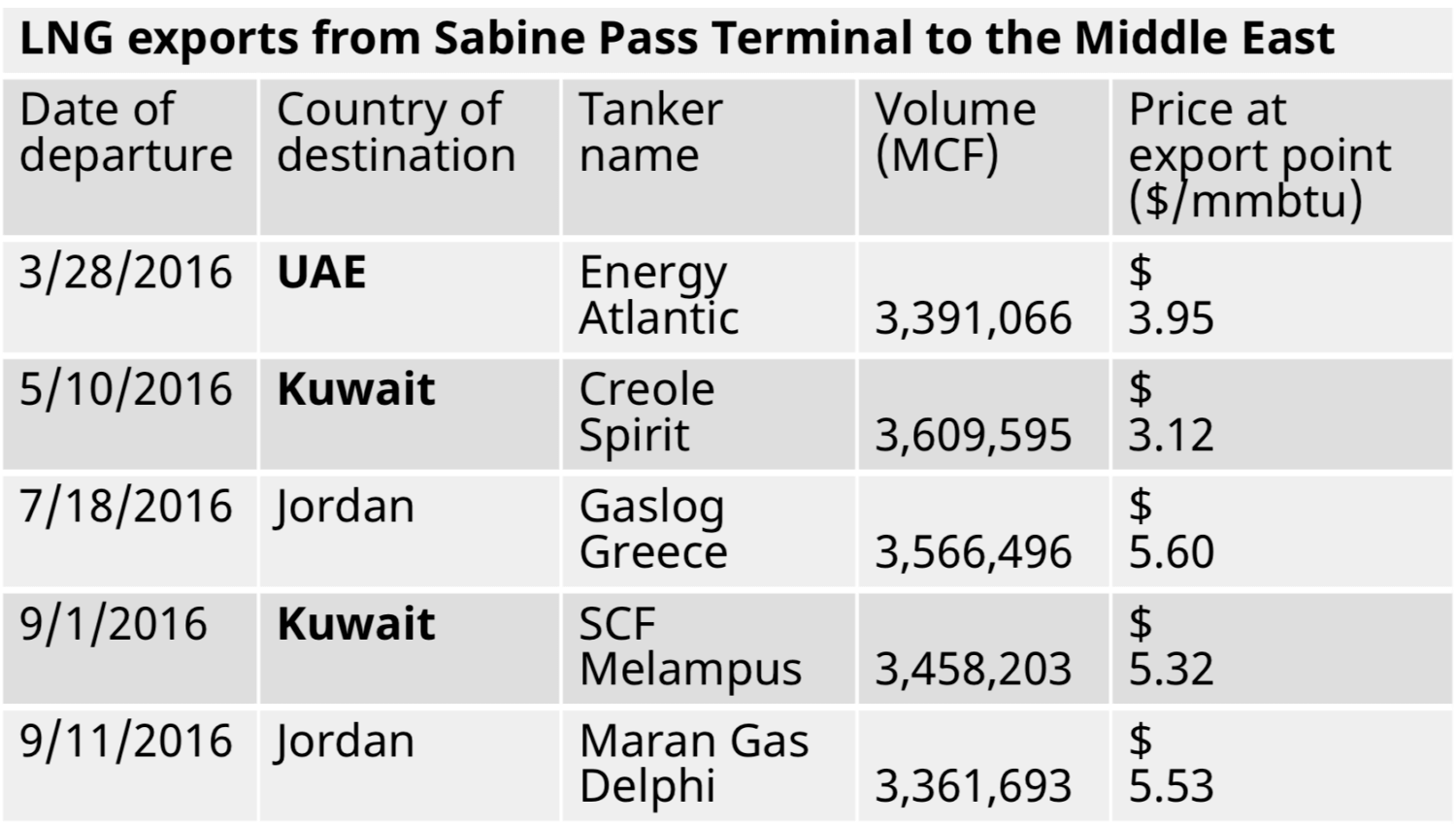 American gas flows to the Middle East (Source: US Department of Energy)