Following up on our last post of 2017 natural gas trends, here are highlights from the IEA’s Key Oil Trends of 2017.

Oil Production: Led by the Organisation for Economic Co-operation and Development (OECD) Americas, OECD annual oil production increased by 2.6% in 2017.  More than half of the production was from the United States, while production lessened in both OECD Asia Oceania and Europe. 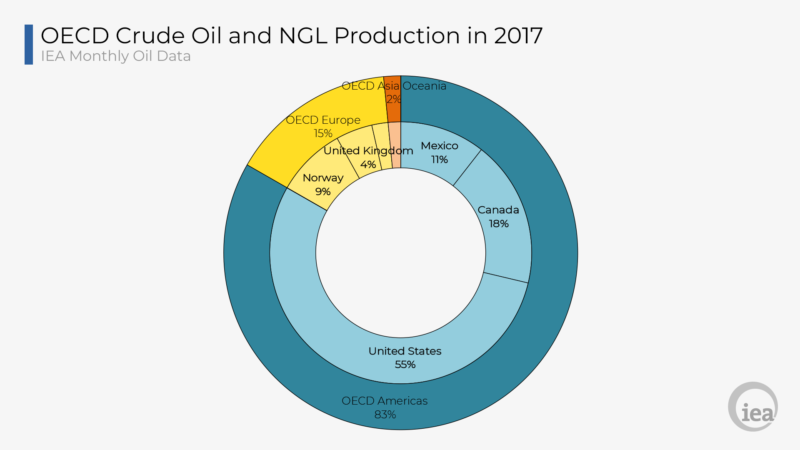 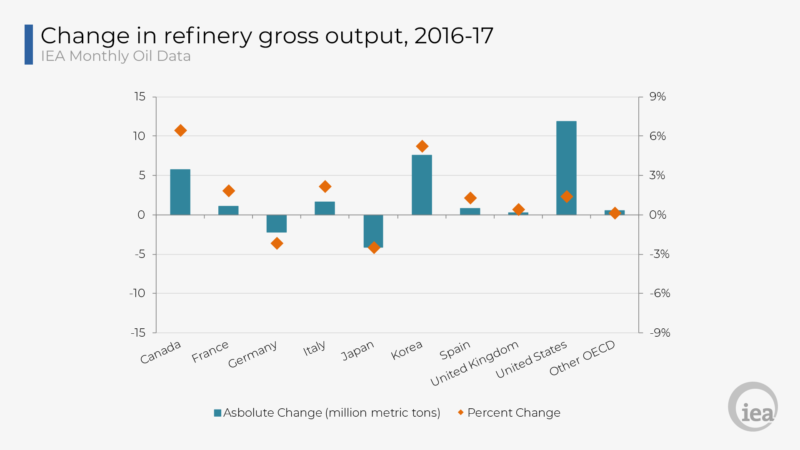 Oil Trade: Imports were up 1.6% in 2017, both OECD Europe and Asia Oceania increased imports while America remained unchanged. A significant increase of imports came from both Iran (43.4%) and Libya (30.3%), while Angola reduced imports by 37.4%.

The largest exporters in OECD regions are Saudi Arabia and the Russian Federation.  OECD continues to be a net exporter of refined products, and it saw an increase of 10.3% of crude oil exports headed for the US. 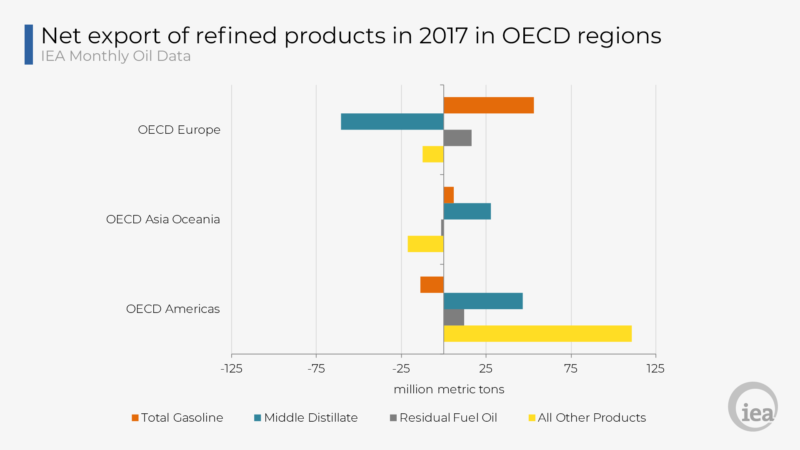 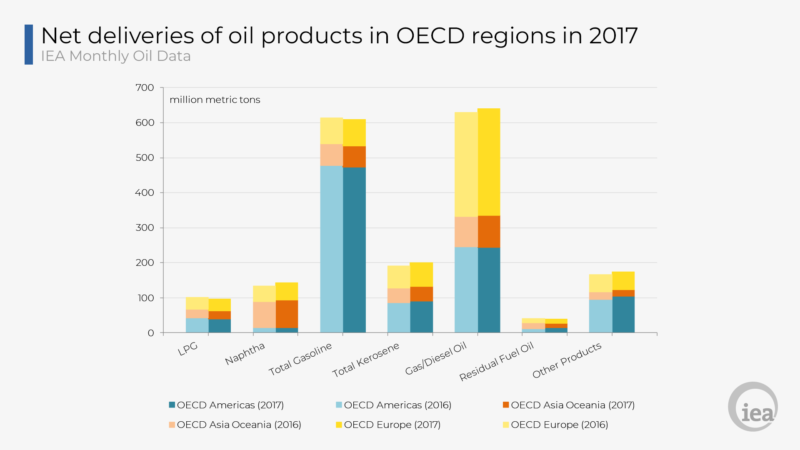 Oil Stocks: It seems that America’s multi-year plan to reduce crude oil stocks in their Strategic Petroleum Reserve has been successful; OECD Americas showed a drop in stocks of crude, NGL and feedstocks of 14.8Mt. All OECD total oil stocks decreased in 2017 by 4.6% reaching 533 Mt. 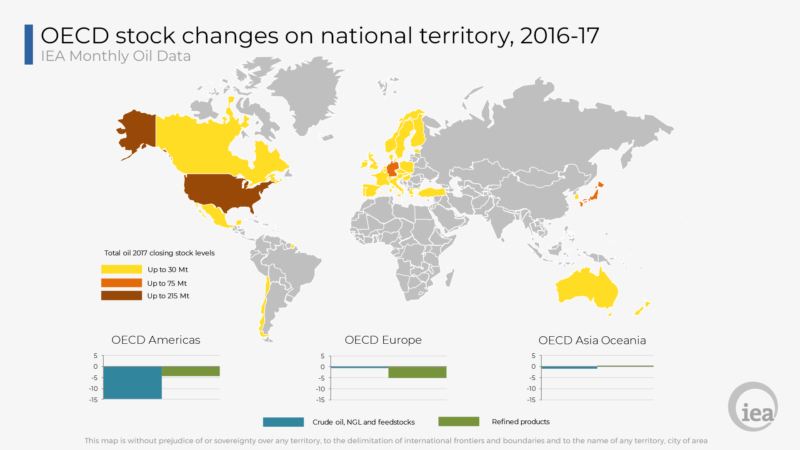