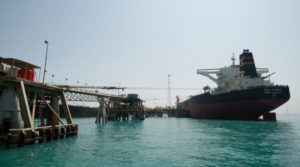 Coming out of supply uncertainties and offering competitive pricing, Iraq has overtaken Saudi Arabia to become the top crude supplier to India for the third straight month.

India is one of the fastest growing crude consumers in the world—a position that’s expected to be maintained through 2040—importing more than 80 percent of its oil requirements. Iraq’s crude typically has a higher sulfur content, which has given the Saudi’s an edge in India until now, but with recent upgrades to Indian refineries and Iraq improving port infrastructure to ensure a stable supply, Iraq has been able to surpass the Saudi’s, shipping one million barrels a day to India of late.

As OPEC continues with its output cut to clear the global glut, eyes are on OPEC member Iraq for compliance.  Recent data from Bloomberg shows Iraq had its highest output of 2017 in May, when it exported 3.93 million barrels a day.