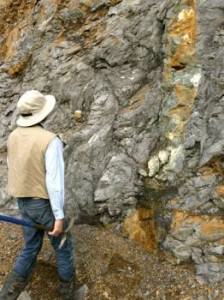 Among all the infrastructure upgrades underway to open the throttle on yield and production in the Taranaki Basin, we never lose sight of our major exploration potential: We have had great exploration success thus far but we still have bigger aspirations!

East Coast Basin activities with partner Apache Corp — which has agreed to spend up to $100 million to conduct a multi-phased exploration, appraisal and potential development program — are progressing well. If the necessary drilling consents are obtained from district and regional councils in a timely manner, TAG and Apache anticipate well-site construction to begin in the first quarter of calendar 2013, followed shortly by drilling operations.

To increase the Company’s high-impact opportunities in under-explored areas, TAG has also been actively seeking and acquiring rights to other strategic permits.

We also recently acquired over a million acres of frontier exploration permits situated both offshore and onshore in New Zealand’s Canterbury Basin, an under-explored high potential area with geological similarities to Taranaki. In this South Island acreage, TAG is currently planning an 80 km 2-D seismic program to identify new leads and prospects.

Offshore drilling scheduled for 2013 and 2014 by majors like Anadarko, will allow TAG to focus onshore initially, while holding considerable upside related to its near-shore acreage directly updip of their scheduled deep water offshore wells.