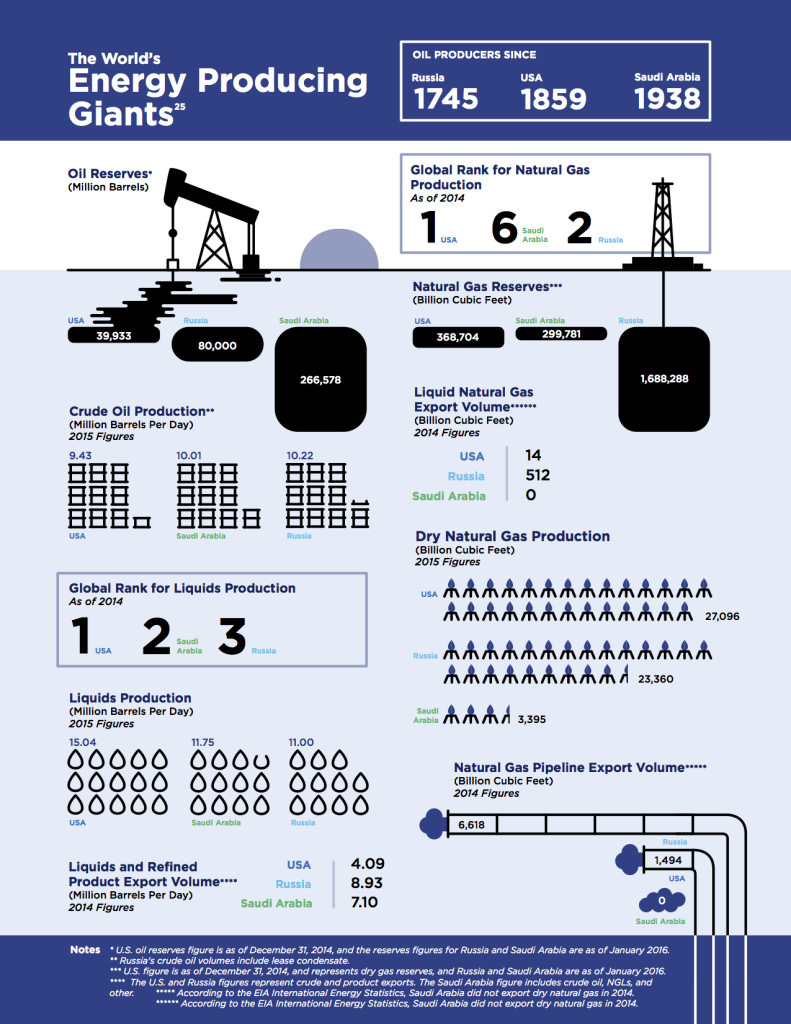 The name says it all: “The World’s Energy Producing Giants” And the countries leading the ranks? Saudi Arabia, Russia and USA.

As the oil price has made a steep drop since June 2014, there have been talks about cutting production, but it seems the opposite is happening.  Saudi Arabia is unwilling to curb its production, Russia’s output is actually increasing, and US shale producers are able to stay afloat due to rapid cost cutting and efficiency gains.

The picture which is part of a document titled “The New Great Game, Changing Global Energy Markets, The Re-Emergent Strategic Triangle, And U.S. Policy gives a good indication as to what each of the three energy producing countries has to offer for crude oil and natural gas production, reserves and exporting volumes.