Recession aside, China’s appetite for oil isn’t going anywhere soon. In fact, China is importing record volumes of oil. The large demand is fueled by independent refiners and continuous fill of storage tanks. 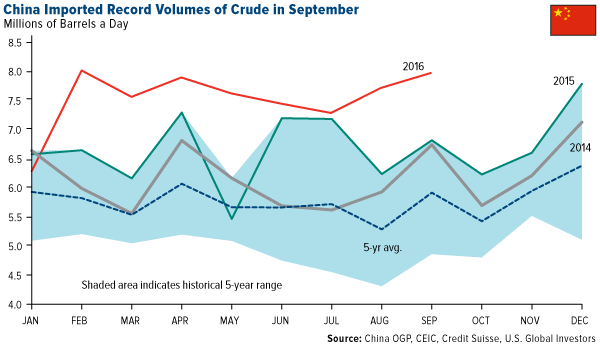 China had previously reported its plan to build emergency reserves equivalent to 100 days of net imports by 2020, but has since pushed that date back.

The Chinese government has kept the world puzzled over just how much oil they have stockpiled thus far, and when the tanks—scattered around the country in a network of storage sites—will be full.  What we do know, is that record purchases in 2016 continue to help oil prices recover worldwide, pulling us from the lows we have seen over the past two years.