The guys in the field are pushing hard to get the bulk of the Cheal infrastructure upgrades done in March, 2013, allowing us to initiate some increased oil and gas production shortly thereafter, and getting our higher capacity production fully online by late March as planned. But we slowed them down long enough to snap some photos, so we could keep abreast of the activity. 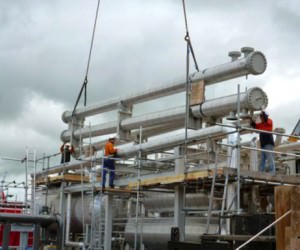 Getting the gas to gas exchanger into place 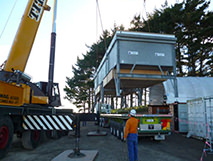 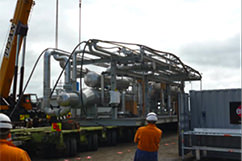