As announced last week, shallow development drilling and production in the Taranaki are averaging about 1,959 barrels of oil equivalent (“boe”) per day, 80% of which is oil. So we’re on track with the estimates CEO Garth Johnson and COO Drew Cadenhead gave in TAG Oil’s last quarterly call. With continued success via the drill bit, the Company expects to meet its May 2014 forecast of an average daily production rate of 2,000 boe per day and cash flow generated from operations of $40 million for FY 2015.

Almost all of the current production comes from TAG Oil’s lightly explored Cheal and Greater Cheal oil and gas fields. When we include our Sidewinder field, we have another 50 shallow, drill-ready prospects identified, and we expect more to come as work continues over the years ahead. 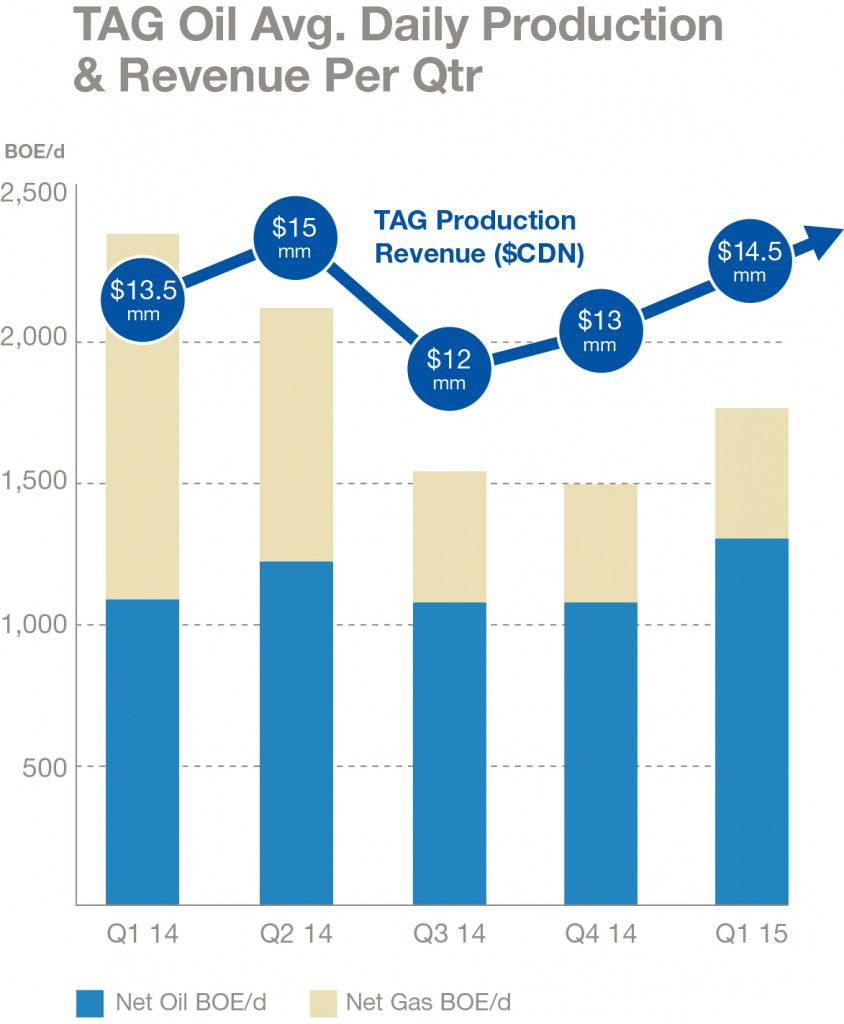