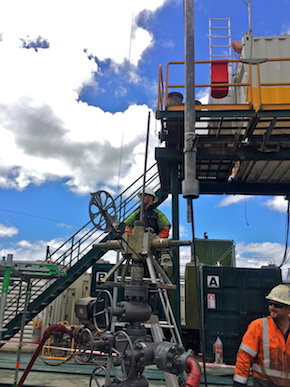 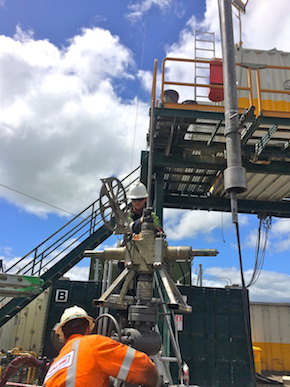 Here are some shots of our capable contractors dropping the bar to perforate the Cheal-E-JV-6 well, as we initiated production testing.

The Cheal-E6 step-out well was successfully drilled to 1,939 meters (6,360 feet), and it fulfilled its main objective: to intersect oil- and gas-bearing sands in the Mt. Messenger Formation. It’s interpreted to have intersected more than nine meters (29.5 feet) of net oil- and gas-bearing sands, and the well is being completed as a potential oil well with production testing underway.

Results will be known after we have a few weeks of production testing under our belts. Now it’s on to TAG’s Cheal-E7 well!