Because the crude oil market is extremely diverse and relatively stable, it’s easier if sellers and buyers have a standard price to gauge the markets. The two primary benchmarks that determine the pricing of crude oil are Brent and WTI, or West Texas Intermediate. WTI is sold mainly on NYMEX and Brent is sold on ICE Futures Europe.

The main factors that decide which benchmark oil will be pegged to are the quality of the oil and the extraction location of the oil being produced.

WTI is the main benchmark for oil extracted and consumed in the United States. It’s sent via pipeline to Cushing, Oklahoma, and then most of it heads south to the Gulf Coast. Although WTI is light and sweet, with an API gravity of about 39.6 (having an API gravity over 10 means the petroleum is lighter and floats on water), and a low sulfur content around 0.24, the supply is land-locked, which makes transportation around the world expensive.

Brent, the more widely used indicator, contributes to about two-thirds of the oil traded around the
world. 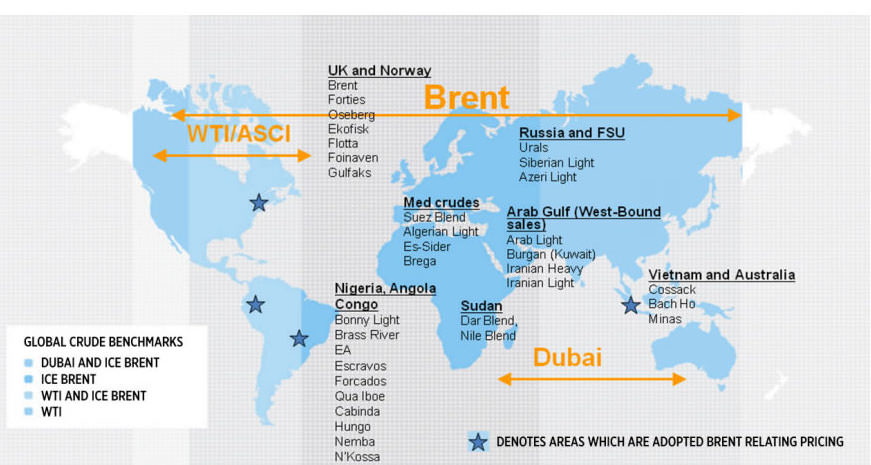 It draws its oil from more than a dozen different oil fields located in the North Sea, and it’s one of the easiest oils to transport, as the supply is waterborne. As reported by Bloomberg, “Brent represents the Northwest Europe sweet market, but since it’s used as the benchmarks for all West African and Mediterranean crude, and now for some Southeast Asia crudes, it’s directly linked to a larger market.”

In terms of quality, Brent is also a light, sweet, crude oil, though with a slightly higher sulphur content than WTI. As most of you know from TAG’s news releases, TAG typically receives premium Brent Oil pricing for its New Zealand oil. 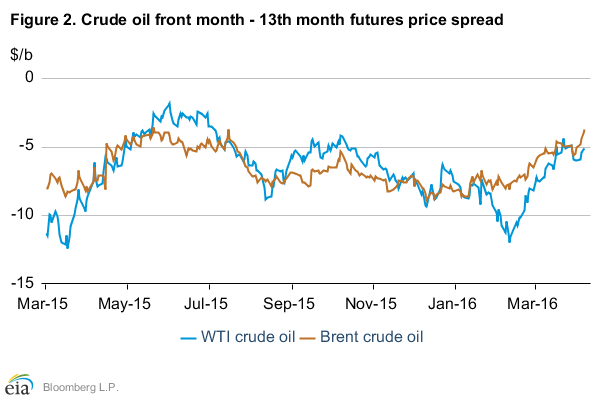 Previously, WTI traded at a premium to Brent Oil, but that changed about six years ago; Brent now regularly commands a better price than its counterpart. A variety of factors contributed to this change in fortunes, but the biggest original culprit was a North American supply glut. The outdated pipeline infrastructure in Oklahoma wasn’t built to handle the volume of oil that the US shale production boom contributed, and high transport costs plus oil surplus forced down the price of WTI.

Since 2010 the gap has widened, narrowed, and widened again, shifting with geopolitics, speculation and production. But the global nature of Brent has kept it ahead of its counterpart, and experts foresee that continuing.