As China slows, where will the oil go next? 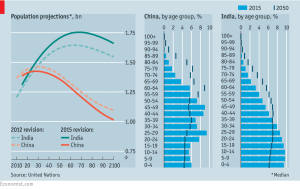 Yes it’s true that China’s oil demand has slowed in recent years, making it one factor in sliding oil prices. But over the past decade, India has doubled its average rate of oil, growing by 300,00 barrels a day last year alone.

According to the International Energy Agency, by 2040 India will overtake China in global energy demand. This shift has come both from India’s growth as well as China’s increased energy efficiency (which is good for the whole planet) and the country’s shift towards a stronger service-based economy.

India’s economy, meanwhile, is steadily growing, with a 7.3% rise over the past year.

So what factors are contributing to this rise?

One factor is that there has been a sustained growth in the number of vehicles: previously, India had only 40 cars per 1000 people. According to the Society of Indian Automobile Manufacturers, vehicle sales have increased by 11.8% in February 2016 over sales the previous year. As car numbers increase, so does oil consumption. Diesel and gasoline now make up 73% of the petroleum usage in India.

In addition to cars, according to United Nations forecasts, India’s population is expected to surpass China’s in the next ten years, with a crossover in 2022 when each country hits roughly 1.4 billion citizens. At that point, China’s population will begin to decline, while India continues to grow until its projected peak of 1.7 billion around 2050.

As India develops its infrastructure (many residents have no access to power, for example), demand f 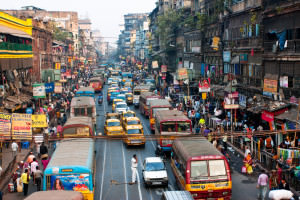 or all types of energy – like natural gas – will also grow. The International Energy Agency’s estimates that India will consume 4.2 million barrels of oil a day this year, making demand look similar to that of China in the late 90s.

So don’t give up on the imbalance of oil supply and demand just yet. Even as we get more energy efficient, economies, populations and development continue to grow elsewhere, and this demand will once again surpass supply in the ever-shifting oil cycle.