New Zealand is highly prospective for discoveries of oil and gas, and at the same time it’s vastly under-explored.

Even this relatively small country has more than 6,000,000 square kilometers ripe for oil and gas exploration. That’s why the Fraser Institute (a public policy think tank) ranks New Zealand as one of the top 10 countries in the world for investment in petroleum. They also take into account government stability, royalty rates, and a host of other metrics. For example, New Zealand has some of the lowest production royalties in the world, and is #1 in the world for “ease of doing business” according to World Bank Index.

Although the Taranaki Basin, where TAG operates its Cheal and Sidewinder fields, is New Zealand’s premier oil and gas exploration region, there are other prospective basins that have had extremely limited exploration. These include the Great South Basin, Canterbury, Reinga-Northland, and the East Coast Basin. These and the deep water possibilities of New Zealand’s petroleum acreage have attracted significant exploration interest from major companies such as Statoil, OMV, and Exxon.

TAG Oil is proud to be operating in New Zealand and considers the possibilities for success to be very abundant. 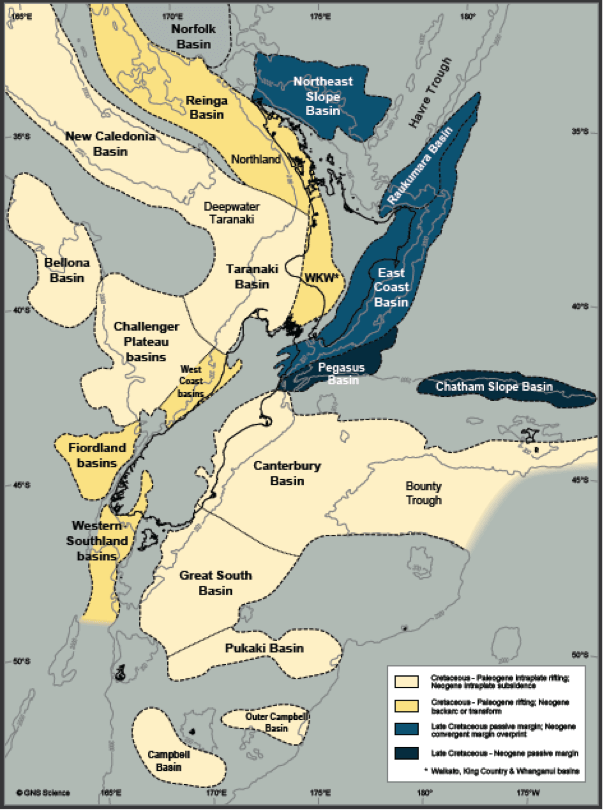 New Zealand has 6,000,000 square km’s of sedimentary area prospective for oil and gas, and exploration has barely scratched the surface of this vast area.